Cryptocurrency has gained immense popularity in terms of cryptocurrency investment. Earlier, the decentralized money technology has been looked at with suspicion by the traditional banking is there to stay for long. Now many big companies have allowed payment in cryptocurrencies for customers. These include Goldman Sachs, JPMorgan Chase, BMW, Starbucks, Coca-Cola, PayPal, Microsoft, and Etsy. The El Salvadorian president Nayib Bukele has also made a remarkable move by giving Bitcoin legal status.

Last year in September came a remarkable announcement from Nayib Bukele, the president of El Salvador giving the legal tender status to Bitcoin. One of the first citizens to sign up for the digital wallet to make anyone access cryptocurrency was Jose Bonilla. According to a recent crypto news update, the Salvadorian president has once again come in support of the crypto investment, by advising people to invest in the largest cryptocurrency Bitcoin assuring safety. He also added that it will make a comeback with immense growth after the end of the bearish phase.

Nayib Bukele discussed this amid heavy selling off major crypto Bitcoin. Ever since the latter crypto got a legal tender status with USD in 2021 September, around 2,301 BTCs have been purchased by El Salvador. With the fall of Bitcoin, the investment made in BTC by El Salvador incurred a fifty percent loss in its value, or say $50 million loss.

The Salvadorian president Nayib Bukele elaborated on the issue of anxiety of the Bitcoin market price has made people worried. He even advised that they need not have to concentrate on the graph and should be relaxed in their life. He further added that if they have invested in BTC, then it is safer because its value is going to shoot up after the end of the bear market phase. In short, the Bukele wants them to keep patience.

Witnessing the major position of Bitcoin in the balance sheet of El Salvador, people here have expressed their concerns over the fiscal health of the central American country. However, these concerns were dismissed by Alejandro Zelaya, the finance minister of El Salvador last week. According to him, there is no such big fiscal risk to fear about.

Zelaya further added that it makes him smile when he is being told that due to BTC being higher, there is a fiscal risk for El Salvador. Seeing the current downfall of Bitcoin has never been since two years ago. At present, the current price of Bitcoin is $20,519.50. While some BTC bull players Anthony Scaramucci (founder of Skybridge Capital) and Michael Saylor (CEO of MicroStrategy) came in support of Bukele’s BTC optimism, others find it hard to agree with where Bitcoin is heading up to.

Jim Cramer, the famous host of the American financial television program Mad Money has also not been positive about the progress of Bitcoin and is expecting a further deep fall to $12,000. Joining him is the founder of DoubleLine Capital, Jeffrey Gundlach who won’t be surprised if the BTC falls below $10,000. Robert Kiyosaki, the famous author of the best-selling book Rich Dad Poor Dad also expects the sweeping down of Bitcoin price to $9000. Scott Minerd, the founding and managing partner at Guggenheim Partner is also expecting BTC to plunge lower to $8000.

Is Bitcoin still the best crypto investment to go with?

Bitcoin is the first cryptocurrency that flagged the new form of money in decentralized money giving people the ownership of their financial assets, without bothering of intervention of central authorities. Owing to its global popularity, BTC has been the prime choice for investment for most. Many people have become millionaires with it. Some of the examples include Brian Armstrong, Barry Silbert, Winklevoss Twins, and Akshay Haldipur from India.

There is no wrong in saying that Bitcoin is the best crypto investment for the long term. Its foundation came with a special motive to become an alternative to fiat money, and as a hedge against traditional investments plus getting accepted as a store of value. Despite its being prone to market volatility, Bitcoin has been successful in gaining the interest of investors due to its escalating dominance.

Even with its massively volatile price action, it has won investor interest as evidenced by the rising Bitcoin dominance. By getting legal tender status by countries like El Salvador, the Central African Republic, and now India, people can now refer to Indian cryptocurrency exchanges to invest or trade in Bitcoin.

So no matter some experts like Rich Dad Poor Dad author Robert Kiyosaki, Jeffrey Gundlach, Scott Minerd, and Mad Money host Jim Cramer are expecting more dip in the price of Bitcoin, the Salvadorian president Nayib Bukele is optimistic about it and is advising the people to go for Bitcoin investment as it is safe. He also added that they need not have to worry about it, as the bear phase will not going to last longer. Log on to the Cryptoknowmics, to explore more and more topics including Crypto Crow Youtube. 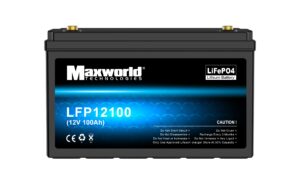